“Today we come together to discuss a field that is at once controversial and deeply fraught. My own forays into the complexity of bioethics begin with a harrowing personal story. It is about the end-of-life issues that were raised during my Mom’s final month with us on this planet. Her stage four colon cancer had progressed to her liver, lymph nodes and lungs. Afflicted with pneumonia, she was too ill to be treated with chemotherapy.

“Tragically, she never left a medical directive indicating which end-of-life treatments were acceptable to her and which were not. Eventually, as she slipped into a near-stupor (hot tears streaming down her cheeks), my two brothers and I had to make some terrible decisions: do we intubate her when she obviously hates the tube and keeps trying to pull it out, forcing the doctors to put her in uncomfortable restraints? Do we do cardiopulmonary resuscitation (CPR) on her when she already has advanced osteoporosis and is likely to have cracked ribs as a result? Will she be able to withstand the pain of electric shock?

“The doctors were divided and, frankly, of little help (in the end, none of them even bothered to attend her wake). My brothers and I, too, were divided. They wanted to do everything humanly possible to keep her alive at all costs and I wanted to let her go. My instincts were telling me that she just wanted to rest. After all, she was too ill for chemotherapy and therefore the cancer was progressing anyway. But, in the end, she died of low blood pressure – taking the decision-making entirely out of our hands.

“The question I kept asking myself throughout was: when does a human life expire – in substance, in meaning and in spirit? Is life itself more important than the dignity and well-being of that very life?

“These are examples of bioethical concerns that have affected me personally. But what exactly is bioethics as a field? Bioethics is a study of ethical issues that arise from the intersection of biology and medicine. It introduces the question of moral discernment in medical policy and practice, and asks about the relationship between and among life sciences, biotechnology, medicine, politics, law and philosophy. It includes debates on the boundaries of life (such as abortion and euthanasia), surrogacy, health care, the right to refuse medical care, cloning, gene therapy, human genetic engineering and human experimentation.

“From the Hippocratic Oath (‘Do No Harm’) during Antiquity to the heated ethical debates that characterized the 1970s, we can trace the rise of a field that in turn spurred the development of numerous sub-disciplines.

“Indeed, it has been suggested that bioethics grew out of a critical reaction in the US to 19th and 20th century experimentations on human subjects, often performed illegally and without their consent, and often funded by the US government. As early as the 1840s, gynecological experiments without anesthesia were performed on Black American women. Indeed, American history is studded with such examples: the whooping cough virus; US Navy pathogens of pneumonia in San Francisco; the Tuskegee Syphilis Experiments; and, after WWII, 400 secret and classified experiments on Black infants. More recently, the CIA has conducted experiments on prisoners and the mentally challenged, exposing them to fear, pain and sexual abuse.

“But this is not to suggest that these sinister activities took place only in the United States. Surely there are no more egregious examples than the Nazi experiments on Jews in Europe or Japan’s Unit 731’s experiments on prisoners of war during World War II. It is simply to observe that the resistance to these practices – and the rise of bioethics as a field – can be traced to the US.

“Here in the Philippines, the debates around family planning (what we call “reproductive health”), abortion and the drug war remain sharp and intense.

“These are tensions that exist the world over. Indeed, Bioethics can be seen as implicit in the ideas behind the formation of the United Nations in the wake of WWII and certainly explicit in parts of the Universal Declaration of Human Rights.

“To the extent that bioethics involves framing debates about proper care and treatment of all that exists in the world, it will necessarily be engaged with questions of power and politics. In other words, the bioethical will inevitably involve what Michel Foucault and others have called the biopolitical. The latter entails contemporary modes of governance whereby the State seems to shape the development of lives both on the individual, as well as on the most general, levels.

“This includes such things as creating public health policies and regulating carcinogens, food supplies, water purity and reproductive health–areas that have a direct impact on the population as a whole. In order to do this, biopolitical governance must rely on scientific and medical experts. At the same time, biopolitics, to be effective, must invest in the continuing research and development of infrastructures, institutions and practices that promote the life of its population. This is precisely why the biopolitical involves defining and governing life itself…

“So, following Foucault, who, then, had the power to make decisions about my Mom — her doctors or her children? In our case, we were asked to make a decision. After all, the medical establishment — the medium through which biopower is generally coursed — tends to favor keeping the patient alive above all else. I, on the other hand, wanted to free her from the terrible imprisonment of her context. At stake was the question of care: what sort of care should she receive — should she be kept alive regardless of all other considerations or should she be slowly prepared for a dignified death?…

“I’d like to end with one of my favorite authors, Atul Gawande, a Harvard trained medical doctor who is the New York Times best-selling author of ‘Complications’ and ‘Better.’ He writes: ‘It’s not only the stakes but also the complexity of … medicine that makes it so interesting and, at the same time, so unsettling…’” 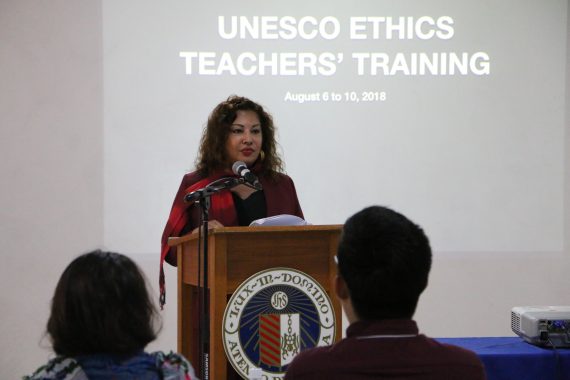 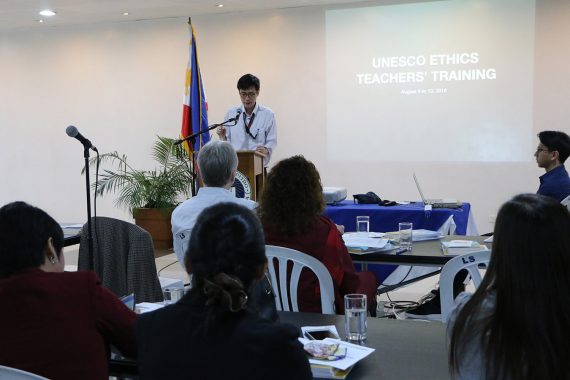 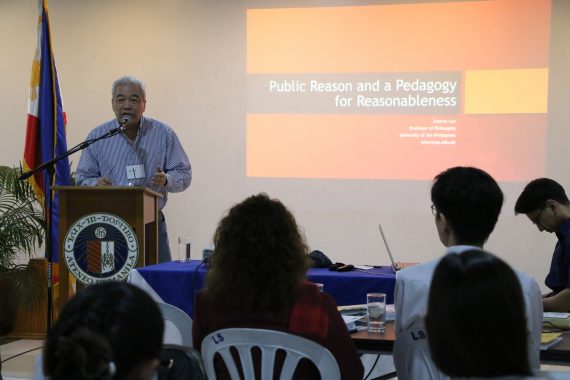 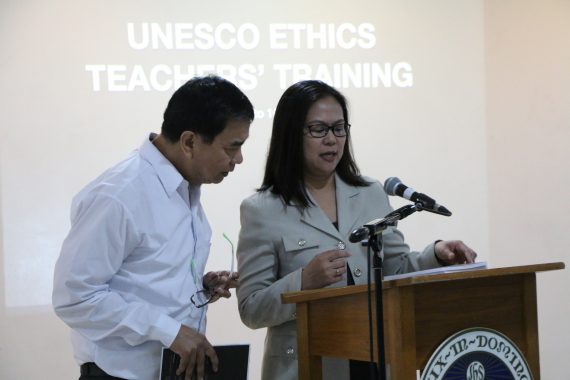 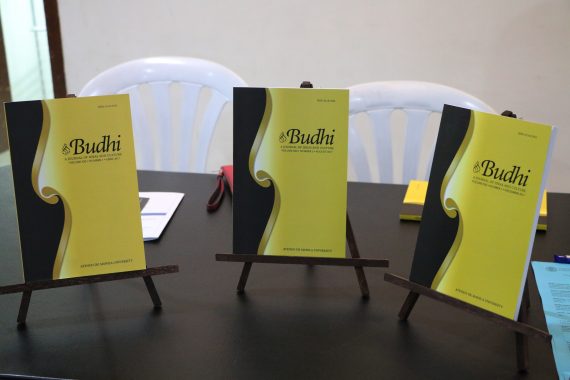 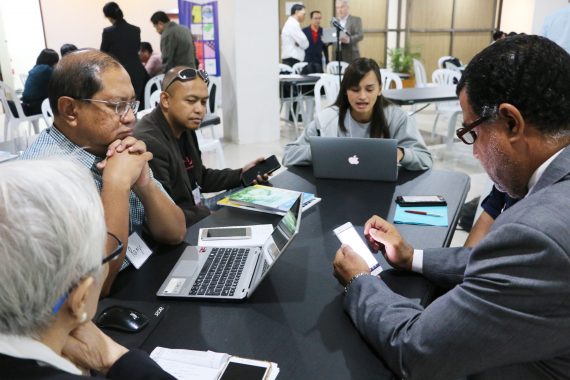 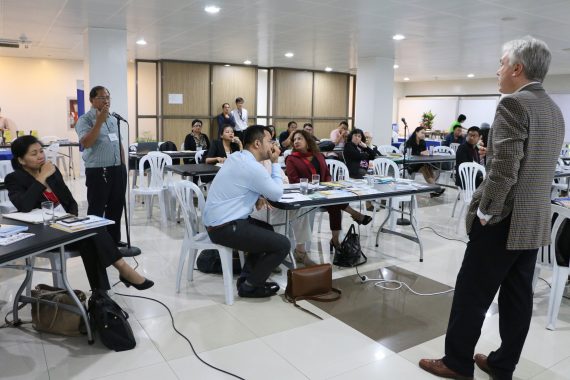 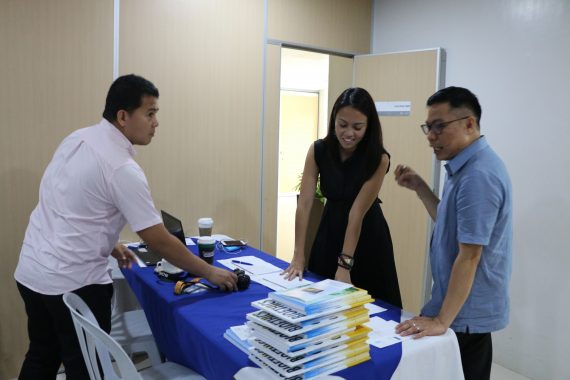 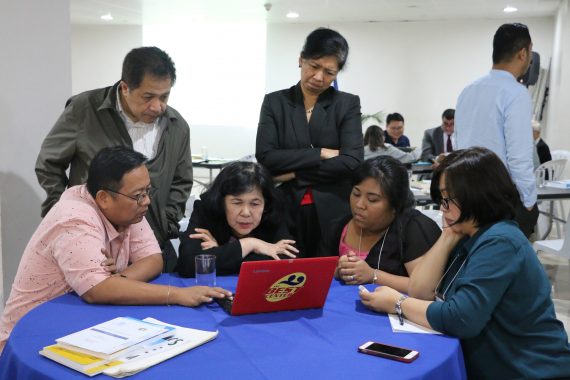 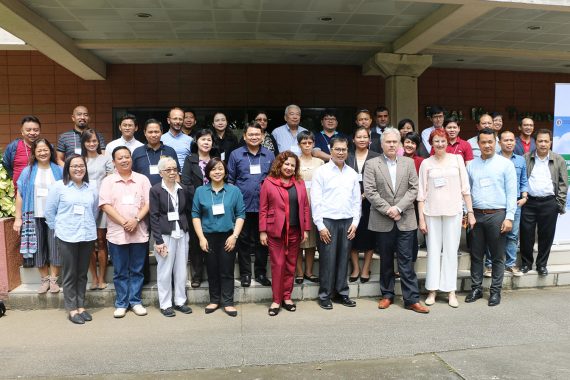